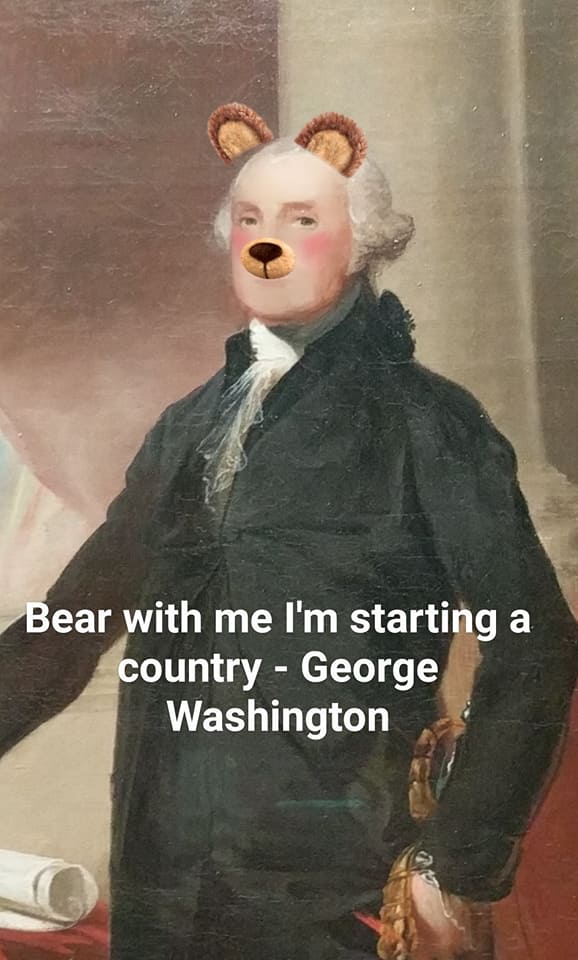 If you don’t laugh at Kristen’s snapchat filter of George your sense of humor has died, but I digress…

Having visited London and Rome this past summer Kristen and I spent quite a while inside some of the most spectacular museums this planet has to offer. From the British National Gallery, British Museum, Pompeii, the Vatican Museum, Sistine Chapel, and St. Paul’s Cathedral we were astounded and surrounded by some of the most exquisite pieces imaginable from many millennia of history. As the hours inside these various establishments accumulated though we began to notice certain things, and information given to us shed light on a similar modern thing: the selfie.

If, by some miracle, or lack of reading any recent news articles, you may not be aware that my generation gets blamed for pretty much everything. One of the things that comes up time and time again is that we are entitled, vain, and selfish. 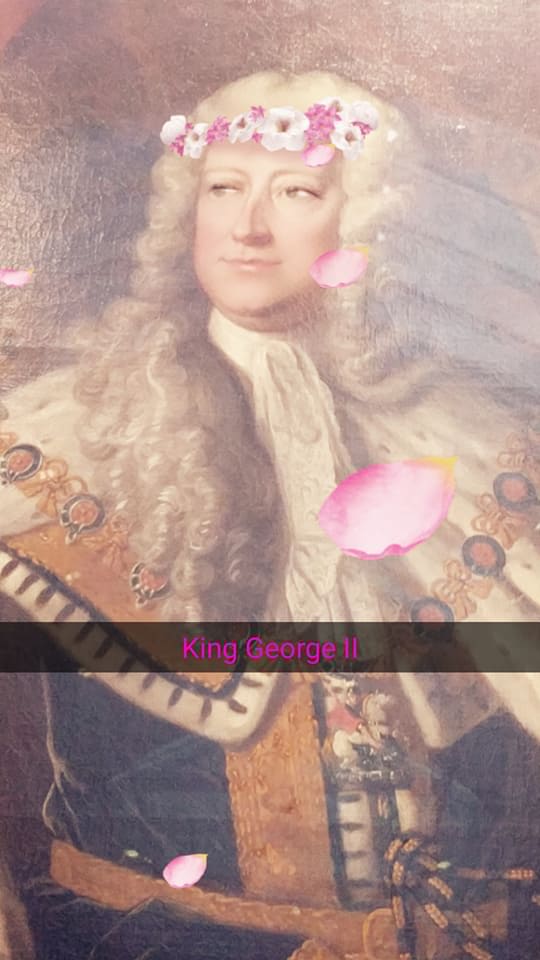 Talking heads point over and over to the use of social media and the pictures we post of ourselves at different places, or the use of filters to look better as examples of this vanity. Yet look at the British National Portrait Gallery, this is one of Britain’s larger museums that is essentially filled with nothing BUT selfies. Yes I know they are “classic paintings showing the most important people in history” but why did they have them painted in the first place? Historically there were very few if any painters who just roamed the countryside waiting for important events to happen and then swoop in to paint those who were involved. No, it was because through history people (and when I say “people” read those with the wealth and power to make it happen) commissioned artists to paint their likeness, in some cases, just to show just how rich and powerful they were.

While in Rome we also learned what I thought was one of the most fascinating facts about sculptures I have ever heard. Many sculptures smoothed out harsh features or did away with others that were socially disliked to make the subject look better. Photoshoping apparently started in the 700’s BCE… Yet no one wants to look at these facts when demonizing us for being socially engaged.

As with almost everything else, the progression of technology brought us cameras which put photography within grasp of more and more people until here I am with a very high quality digital camera on my phone. The ease and the ability to capture a picture takes almost no effort and costs nothing compared to the days and thousands of dollars classical paintings took. Paintings pale still to the months and even more thousands a sculpture took to make. Why not take advantage of the modern age and share with my friends and family our latest adventures? Why point to the guy taking selfies as dumb and into himself? This is nothing humans for thousands of years haven’t already done, they just weren’t capable of mass producing them. I mean, if we’re being honest, even the pyramids, while fascinating now, were essentially big exclamations of “I’M SO IMPORTANT LOOK AT THIS!”

I hope I’ve at least shed some historical light on self portraits, digital and otherwise, so that we can all look at them a little differently rather than with such a negative overtone. If you get the chance though go check out any of the museums we were able to visit on our summer travels, and spend some real time in there exploring. I promise it will be worth it. Until next time Pengminions!